No To Four Weeks was created by Fashion Workie founder Andrew Loader to petition the Unpaid Work Experience Bill and highlight issues of unpaid (illegal) positions in the UK, commonly known as internships.

If passed, the Unpaid Work Experience Bill will legalise unpaid positions that can easily use “work experience” as an exemption from payment for up to four weeks.

Legally exempting positions from payment for up to four weeks in an attempt to “ban” and “end” unpaid internships will simply prop up and legitimise the exploitation that the Bill is supposedly attempting to eradicate. Those engaging in unpaid recruitment will be able to use “work experience” as an excuse for a vacancy being unpaid. It will be easily taken advantage of, resulting in more unpaid internships and less paid internships as NMW becomes harder to enforce.

Jump to a section

Experience vs Exploitation: Why the Bill is a bad idea 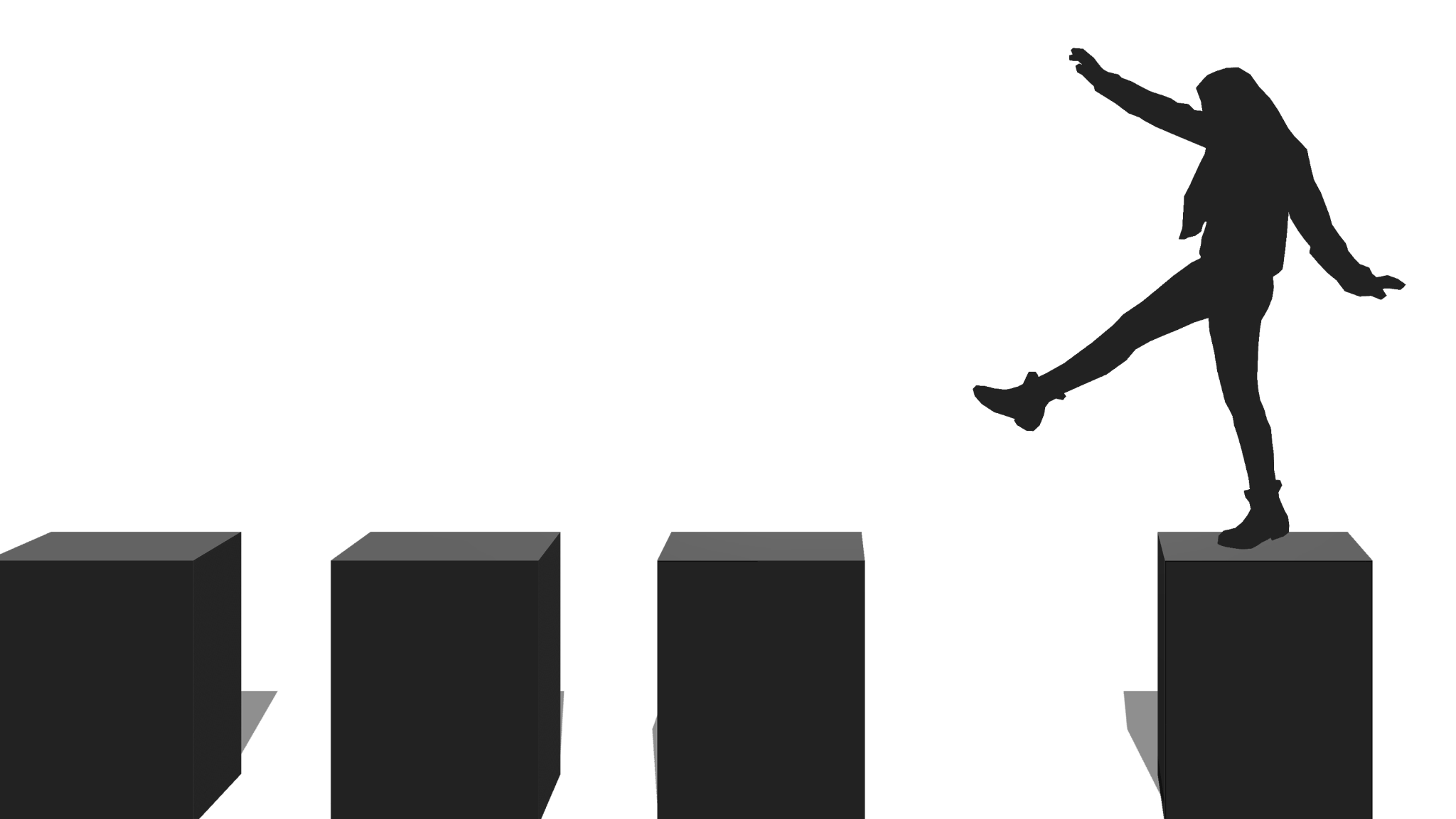 In the UK, graduates and young professionals are facing a big problem, lack of experience and the lack of advertised entry-level paid roles. How do you get hired if you don’t have experience and how do you get experience if you can’t get hired. It’s a catch-22 situation. Therefore, individuals look to internships to gain experience, which are renowned for being unpaid.

Unpaid internships can be found in many industries, but perhaps more so within media and the arts. These desirable industries attract a plethora of individuals who are so keen to get their foot in the door and gain experience that they are willing to work unpaid. This practice is compounded as the norm by an all too common, damaging perpetuated message that working for free is the done thing early in your career to gain experience and get ahead. A message typically passed on by successful industry personalities, who create a false narrative that working unpaid breeds success.

With so many looking for experience and an opportunity to embark on their chosen career path, it has become easy for businesses and individuals to exploit those looking to further their career by offering unpaid internships instead of paid work. As a result, the intern position (often unpaid) has morphed into a new entry-level position, resulting in some of the most traditional entry-level roles requiring substantial experience, e.g. an assistant based role requiring at least one year of experience in a range of activities.

This is a flawed, exploited and broken career path structure with social mobility ramifications, affecting inclusivity, diversity and ultimately those from lower socio-economic backgrounds. 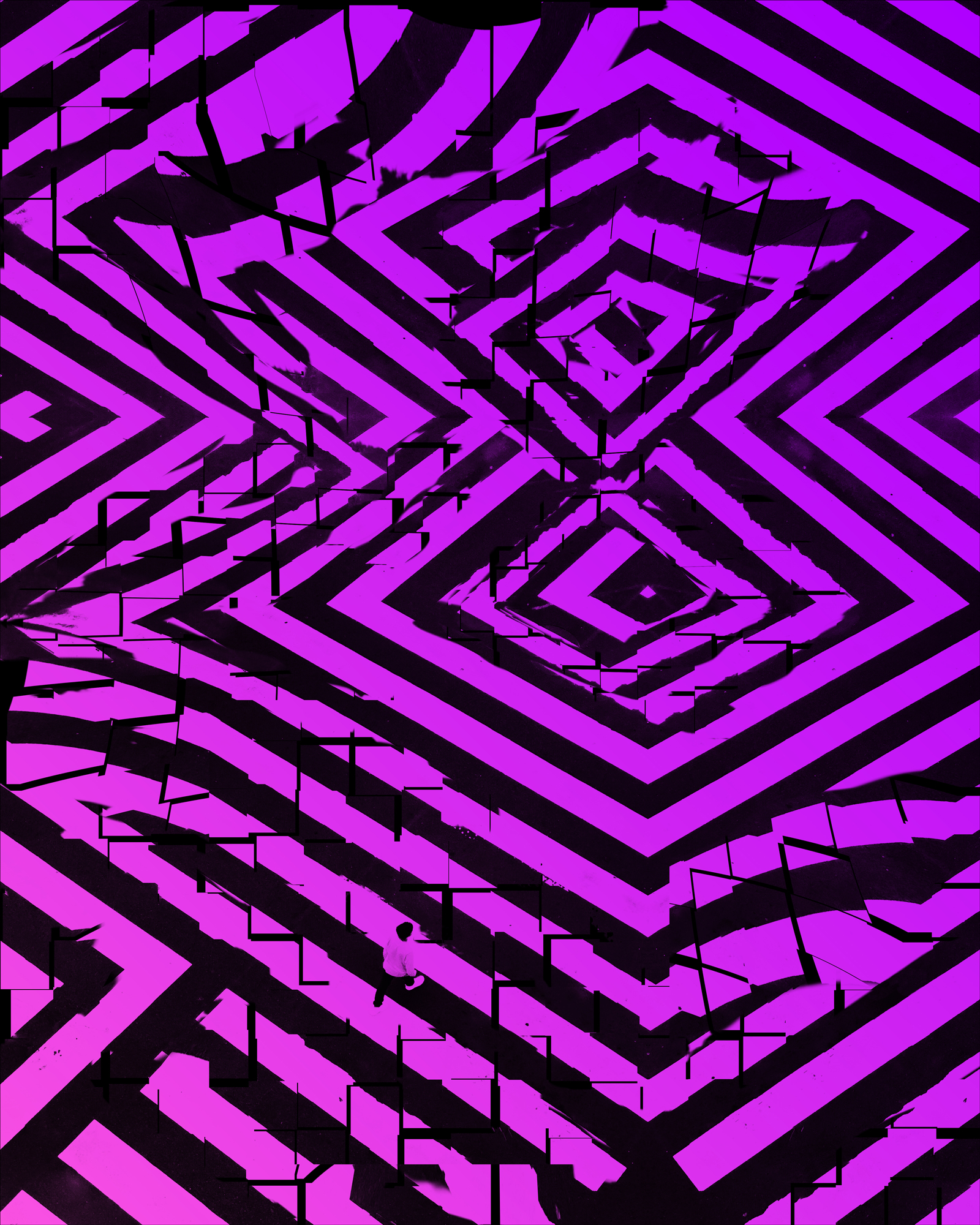 Taken directly from the Bill, “work experience means observing, replicating, assisting with and carrying out any task with the aim of gaining experience of a particular workplace, organisation, industry or work-related activity.”  Basically, an incredibly broad definition that can easily be applied to almost anything.

The changes that the Bill proposes would keep students exempt from payment for up to 12 months while undertaking a required work placement as part of their further or higher education studies.

why the Bill is a bad idea

Fashion Workie was launched in 2009 as part of my final major project while studying Fashion Promotion and Imaging at the University for the Creative Arts in Epsom. Based upon my decade-plus experience observing how internships have grown and become highly exploited within the fashion industry, I can confidently state I feel the Unpaid Work Experience Bill will not solve the problem of unpaid internships.

The Unpaid Work Experience Bill will not stop the exploitation; it will only prop up unpaid internships through the legalisation and legitimisation of a four week unpaid timeframe. A clear message will be sent that interns don’t have to be paid for up to four weeks, likely resulting in an increased number of unpaid internships and less paid internships.

Worryingly, the Private Members Bill is supported with research that a majority of businesses support no payment for up to four weeks. Four weeks is a very long time to work unpaid, allowing exploiters to attain a lot of free labour. At the end of four weeks, there is no guarantee an intern will stay on and receive payment; another intern can simply be recruited for another four weeks, after that, another intern for four weeks and so on.

I feel it’s important to bring up that there is already a misconception that unpaid internships lasting two or four weeks are acceptable, which is not true.  I can only imagine how bad unpaid internships will become should the Unpaid Work Experience Bill pass, and it becomes common knowledge internships don’t have to be paid for up to four weeks.

One of the elements of exploitation in unpaid internships comes in the form of using the unpaid role to trial someone for a paid role. The Unpaid Work Experience Bill does nothing but add to this problem. Those already involved in this shady practice will only be incentivised by the four week payment free timeframe the Unpaid Work Experience Bill is proposing to introduce.

Additionally, the Unpaid Work Experience Bill does not clamp down on unpaid internships being used to fill legitimate/one-off vacancies. For instance, a public relations company recruiting a team of unpaid interns to work at an event, or a clothing brand looking for a marketing intern to undertake the role of Marketing Coordinator.

Social mobility will also be damaged by introducing a law change that allows unpaid roles for up to four weeks. Expecting a graduate to work unpaid up to four weeks, who can easily be replaced with another unpaid intern does not help to further their career, especially those from lower socio-economic backgrounds. At a time when diversity, inclusion and equality is being highlighted more than ever, it is crucial to focus on how the Unpaid Work Experience Bill, if passed, will affect these issues. The Unpaid Work Experience Bill does not help fight social exclusivity for those who can’t afford to work for free and will not help to bring about the much-discussed, and necessary change industries require. Instead, the advantage will likely remain with those from a privileged background who can afford to work for free, resulting in increased opportunity hoarding.

It would be straightforward just to ban unpaid internships, but therein lies part of the problem as “internship” has no legal status in the UK. When discussing unpaid internships in the context of this petition, we’re essentially dealing with roles no different to temporary jobs that should be paid, but instead hide behind the notion of work experience to avoid payment. Resulting in loophole excuses such as, “they don’t have to turn up if they don’t want to”.

The No To Four Weeks petition isn’t about an alternative solution. It’s about stopping a proposed solution, that will only make the problem worse. The Unpaid Work Experience Bill needs to be stopped or changed, to allow a solution that can be devised that is heavily in favour of the experience seekers/interns and not the exploiters of unpaid internships. However, for argument sake, what could an alternative solution or solutions look like? Below is a simple overview of multiple changes that could help drastically fix the problem of unpaid internships, not create more unpaid internships.

Firstly, it would be helpful if we had legal statuses to modern roles to avoid confusion when discussing, work experience, internships and work placements. This is regularly a problem within official reports produced by the likes of the Sutton Trust and the Social Mobility Commission where mixed terminology is used when referring to unpaid roles. An easy way of breaking this down is as follows;

A role open to anyone for the sole purpose of gaining experience in the workplace (see below for guidelines).

An entry-level temporary role, subject to payment paying a minimum of National Minimum Wage, no different to a temporary job.

A role a student undertakes as a required part of their FE/HE course.  Whilst these roles remain part of a courses curriculum they should be readdressed, with the 12 month maximum length being significantly reduced.  A work placement wage, or NMW should also be be considered for roles lasting a considerable amount of time.

Thirdly and perhaps most importantly, HMRC needs to be doing more to enforce current, or any new laws. HMRC also needs to make it easier to report offenders breaking the law. Even if The Unpaid Work Experience Bill was to pass, there is no guarantee it would even be enforced, after all, current laws aren’t enforced, which is part of the reason why we have a problem to begin with. Ideally, we wouldn’t be having this problem with unpaid internships if HMRC took a stern line in favour of interns, but that’s not the case as a result of an outdated approach to applying ambiguous laws, with easily exploited loopholes. Unpaid internships or simply unpaid work in the fashion industry, has been normalised so much it has resulted in laws being flouted in plain sight. Job boards, university career pages, social media streams and company careers pages can regularly be found with all kinds of unpaid roles that should be paid. Stiffer punishment e.g. fines are needed for those breaking the laws, so much so, that those even thinking about breaking the law won’t risk it, but that’s not the current approach. If it were, things would likely be much different.

I’d also like to add that I think it’s important that students at FE and HE level, or possibly even at the age of sixteen at school should be taught basic employment law. Youngsters are entering the job market with little to no knowledge of basic employment policies, leaving them vulnerable to exploitation.

Laws do not change easily; therefore, it would be a shame for a change to take place that does not significantly help fix the issue of unpaid internships/unpaid work. The unpaid internship can’t be allowed to continue becoming the new entry-level role in any industry. Therefore; a law change or multiple law changes must have a real impact on the problem. Although it’s clear what the problem is, this issue won’t be solved by an overly simple solution of allowing four week unpaid internships. A more strategic solution is required.

This ultimately comes down to experience vs exploitation. Who in the long-run benefits from a four week unpaid internship timeframe? Not the intern. This proposed law change isn’t stopping unpaid internships; it’s permitting those already exploiting and breaking the law to do it legally. 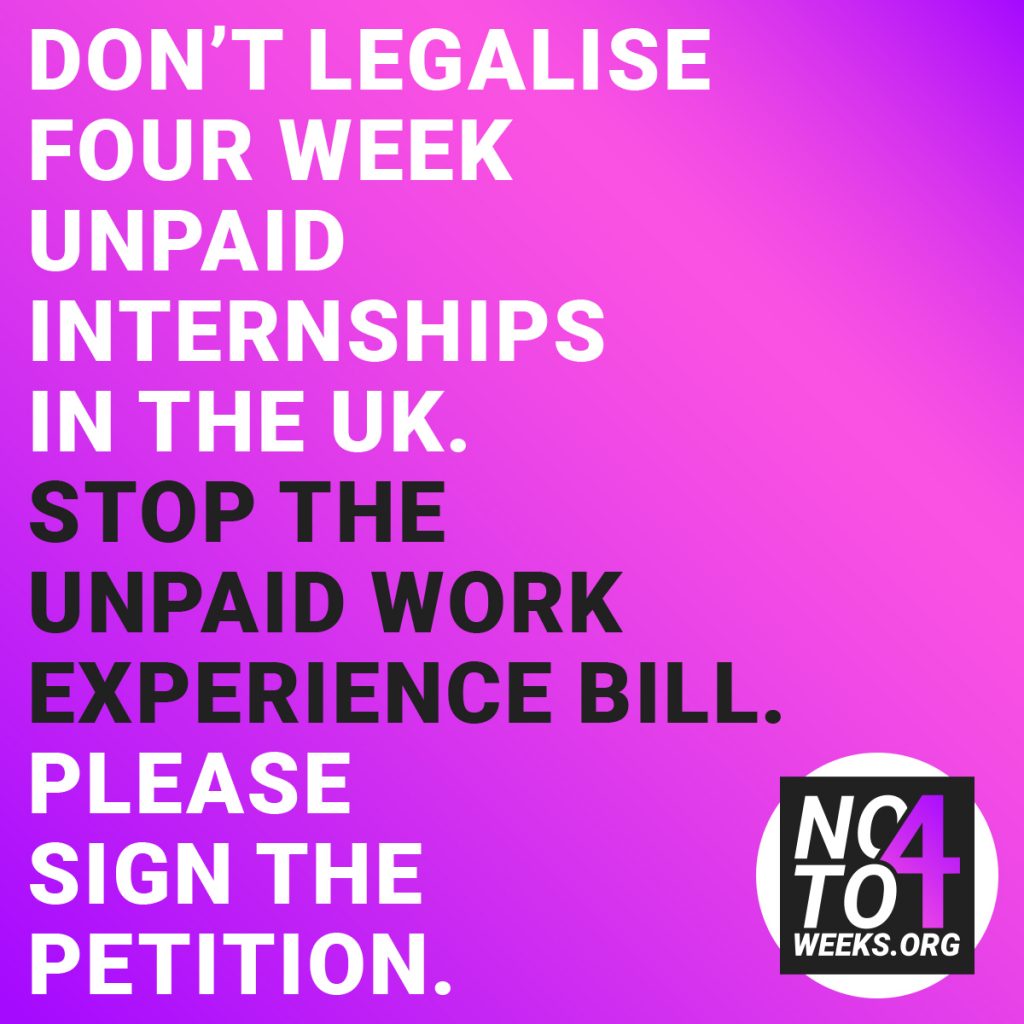 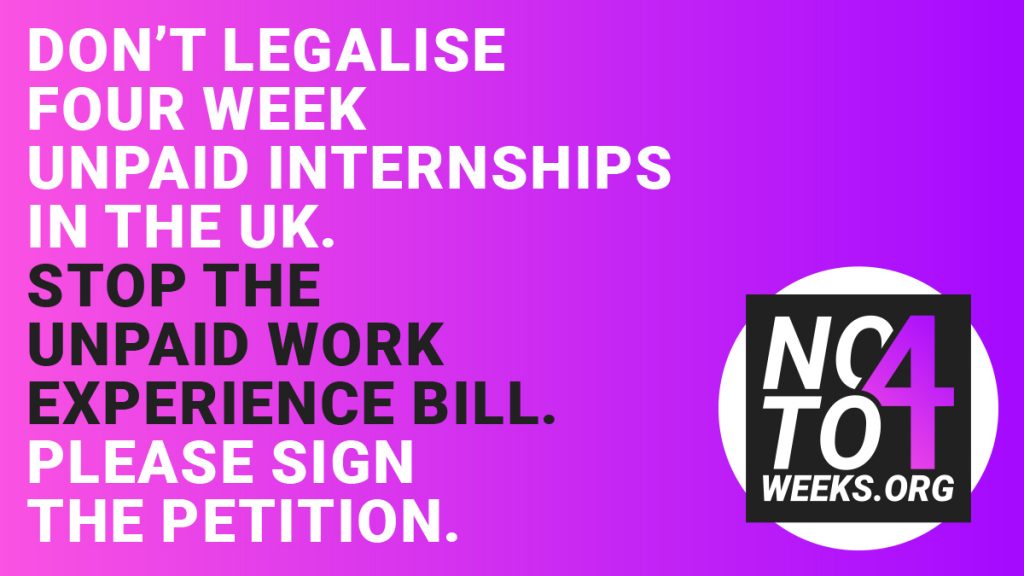